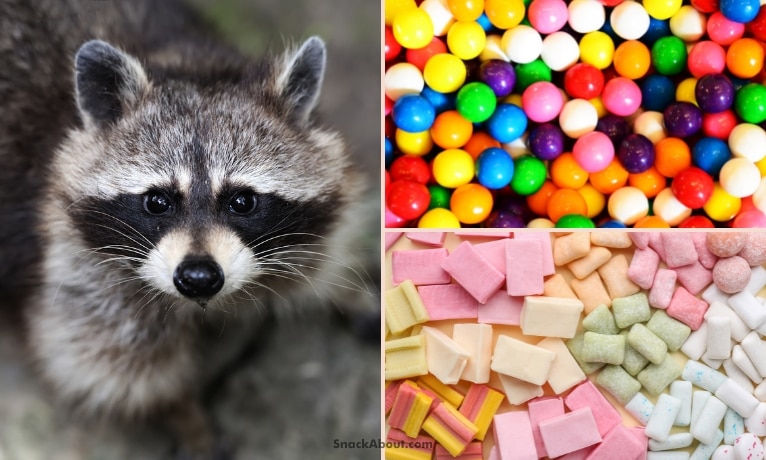 This article is part of the Everything Bubble Gum guide. 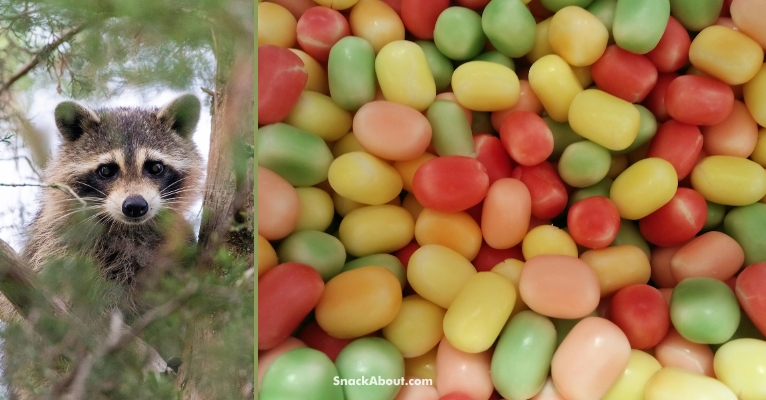 In terms of being effective like a type of poison, no. Bubble gum, when fed to a raccoon, will not cause the critter to fall over dead within moments.

The Internet is riddled with all sorts of guessing from people about chewing gum and its use as a raccoon killer. However, no scientific evidence supports gum as an extermination tool for raccoons or other small pests.

Why bubble gum isn’t a good choice for killing raccoons

One reason (other than the absence of scientific evidence) that this remedy isn’t much of a solution is how it supposedly works. Some people claim that chewing gum (bubble or otherwise) will clog the raccoon’s throat and cause it to choke to death.

Others maintain that the high sugar levels induce hyperactivity, and the raccoon runs himself dead. Or into traffic. How crazy is that for an idea?

If a raccoon swallows a lot of gum, it might wreak havoc on its digestive tract over time, leading to an inability to pass waste and eat food, leading to eventual death.

Occasionally does bubble gum kill raccoons? Sure. But it might also just make one uncomfortable.

Think of it this way: bubble gum is to raccoons what cigarettes are to humans: death isn’t immediate or even guaranteed, but it’s a possibility, and it would happen on down the road, probably not this week or month.

Wouldn’t you be better off with something more reliable, whether you intend to kill the nuisances or drive them away from your home and property? I think think the answer is a very big “yes.”

Other Ways To Kill Raccoons 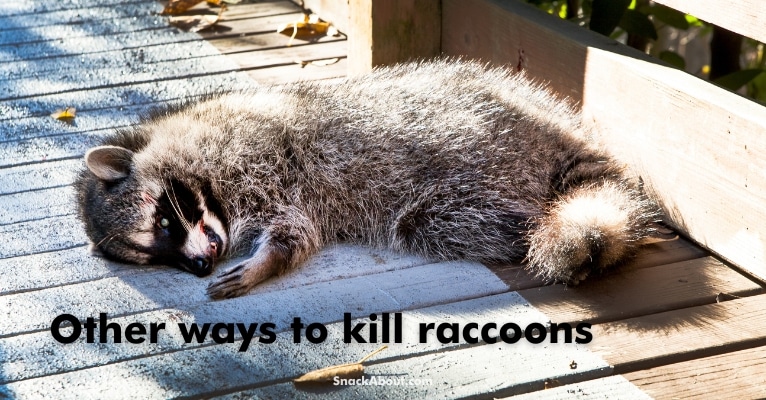 Strychnine will cause extreme exhaustion in a raccoon and ethylene glycol will break down into toxic compounds in the body, eventually shutting down organs. But poisoning raccoons can be tricky work.

Trying to ensure they ingest the poison but your neighborhood cats, dogs, or children leave it alone is risky.

The omnivorous animals eat just about anything. Although things like chocolate, onions, and macadamia nuts are toxic to them, or perhaps because they are, raccoons rarely eat those things. A billion years of memory have taught them that if they eat that onions things will go poorly for them.

Raccoons have a pretty good idea of what they shouldn’t eat so your efforts at poisoning them are unlikely to have a high success rate. Plus, raccoons are pretty smart. Unlike rodents, they can open doors and get into securely closed garbage cans.

I’d strongly recommend using chicken wire to keep them out and help prevent the problem in the first place.

Note: Since some states consider the raccoon a fur-bearing animal, killing one is governed by hunting seasons and laws. You may need a permit to kill a raccoon where you live, and if it’s out of season, you might not be allowed to kill it.

What are some DIY ways to get rid of raccoons?

Few surefire options exist. The best you’ll do for yourself with home remedies is using something to prevent access to certain areas or make it too uncomfortable for them to bother in including scents they hate (see further below for details).

Here are some DIY ways to deal with raccoons:

The idea basically is to 1) remove things that attract raccoons to your home, barn, or other areas and 2) to make your home as unappealing to raccoons as you can when they’re all gone.

You can buy electronic pest repellent devices. While not a home remedy, they’re safe to use (humans cannot hear the ultrasonic sounds produced) and don’t involve dangerous poisons or having to deal with a foul-smelling dead critter. 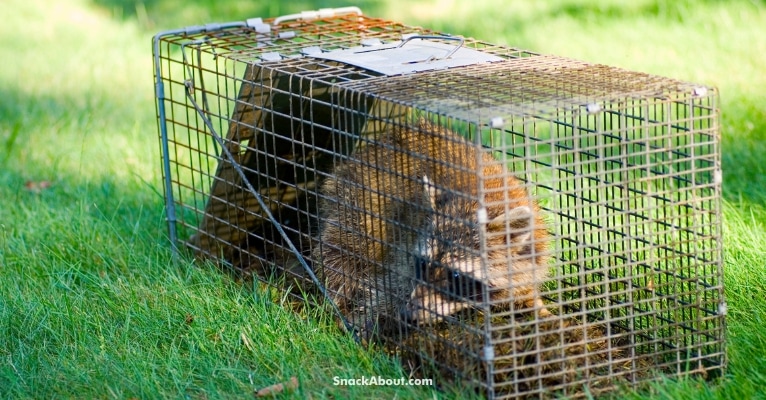 The option of traps also exists, though you will want to avoid instant-kill devices when it comes to pest control. These may not kill the animal immediately, causing it to suffer instead, and as with poison, you can’t guarantee the trap will only kill raccoons.

More than a dozen dogs die in the kinds of traps every hunting season.

A cage trap is more humane and safer if you’ve got pets because if things go wrong you’ll only trap a pet by accident rather than kill it because it was curious. The downside is that once you’ve trapped a coon, you’ve got to figure out what to do with it.

One idea is to take it far away out into the countryside and release although if you live further away that’s obviously not so simple.

What Are Some Scents That Keep Raccoons Away?

One advantage you’ve got is their powerful sense of smell: they’ve got great noses, so if you present them with a scent they hate, they’ll have trouble ignoring it. Instead, they’ll usually head somewhere else.

They hate the smell of ammonia, so dipping a rag in the stuff and then leaving it by your trash can will effectively keep the animals from rooting around in your trash.

You can also use your knowledge of foods toxic to the animals to keep them at bay. Raccoons will actively avoid the smells of:

What Is Raccoon Eviction Fluid?

A male raccoon doesn’t stick around to raise its babies. He’ll just as likely eat any young coons he comes across.

Raccoon eviction fluid is a compound made from the glandular products of male raccoons and their urine used to keep them away. Spraying it in your backyard, for instance, sends a clear message to any female raccoons: there’s a male here, and since he’ll probably eat your babies, you should get out of here and find another place to live.

This fluid should produce results in as little as a day. However, once it has dried and enough of the molecules have dispersed due to evaporation, its scent will wane. The fluid will lose its effectiveness in about a week.

What Diseases Do Raccoons Carry? 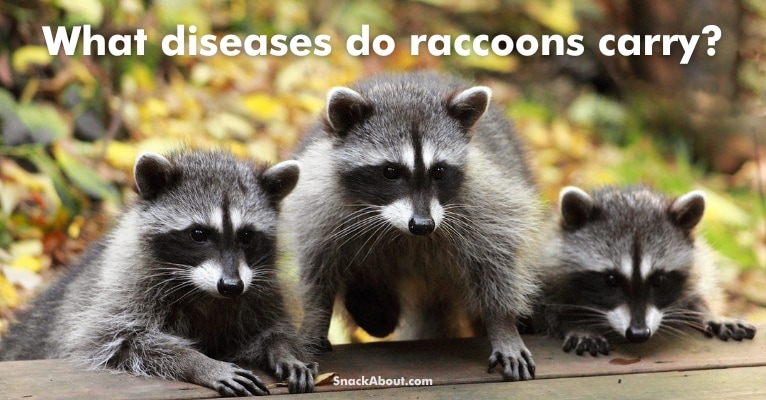 Raccoons can be rabies carriers and dangerous to humans and other mammals. That threat should be enough to make you want to keep them away.

They can also carry:

It’s well worth it to practice a measure of disease control by repelling raccoons and keeping them away from your family and pets before any such exposure.

◀ PREVIOUS: Where to buy bubble gum ice cream
NEXT: Is bubble gum bad for you? ▶