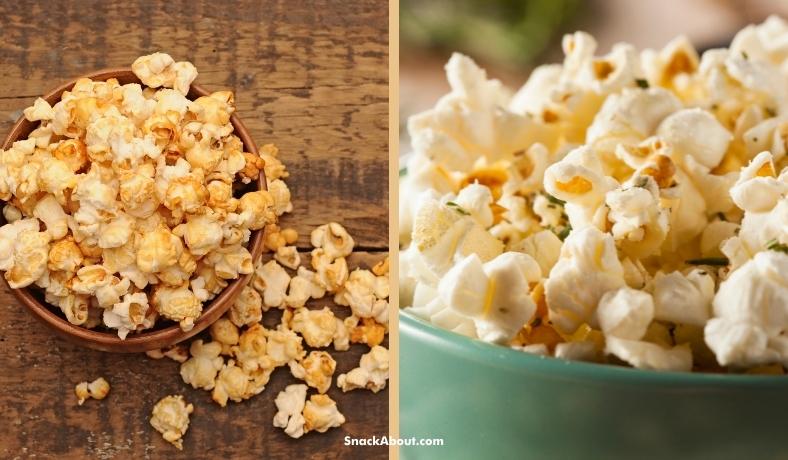 Popcorn is a fantastic and versatile snack. But when you go shopping for popcorn at the store, you will face a choice: yellow or white popcorn.

While at first glance it may seem like there isn’t much difference between the two, there are some important factors to keep in mind when choosing between white and yellow popcorn. Read on to learn more!

This article is part of The Great Big Guide To Popcorn. 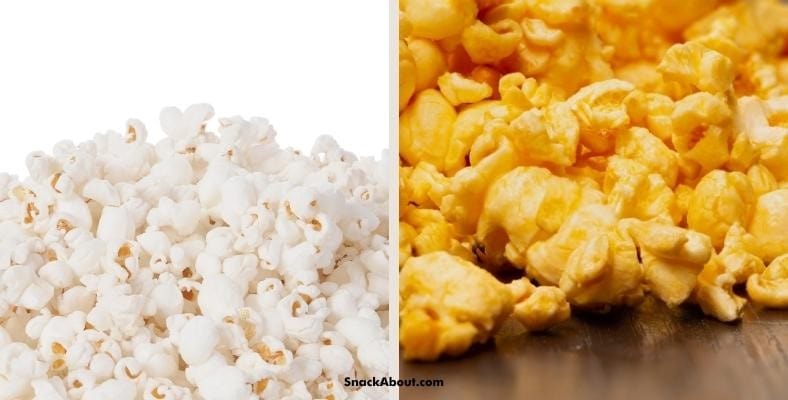 There are several key differences between white and yellow popcorn to keep in mind. The type of popcorn you use can impact flavor, texture, and the popcorn seasoning process.

The difference between white and yellow popcorn

What is better, yellow or white popcorn? (And nutritional differences?)

Most of the quality differences between white and yellow popcorn come from their texture and ability to hold seasonings and toppings.

The light, grainy texture of white popcorn requires only some light seasoning—a pinch of salt and a bit of butter will make for a yummy and easy snack. Meanwhile, yellow popcorn is large and sturdy enough to hold large amounts of flavored seasonings and toppings without disintegrating or becoming soggy.

Nutritionally, the popcorn kernels themselves essentially have the same properties. The difference in nutrition for popcorn comes in when you start adding toppings and flavors. That being said, the daintier white popcorn is usually only prepared with light seasoning, whereas the bigger and tougher yellow popcorn can be served with tons of butter, flavored syrups, and candy.

What is the difference between white corn and yellow corn? 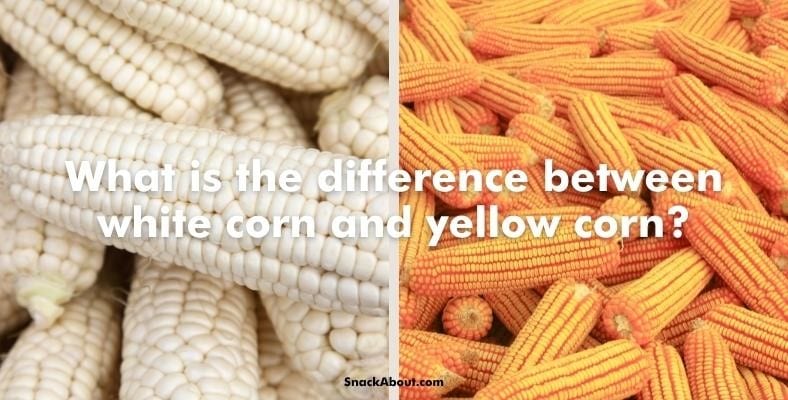 Now that you have the basic answer to what distinguishes white and yellow popcorn, you may be wondering: is there any difference between white corn and yellow corn?

The main difference is the color, with yellow corn having a higher concentration of beta carotene, which turns the kernels yellow.

The general belief is that white corn tends to have a sweeter flavor, making it perfect for dishes like tamales. Yellow corn’s flavor makes it best suited for grilling and steaming, as well as making cereals, oils, and tortillas. 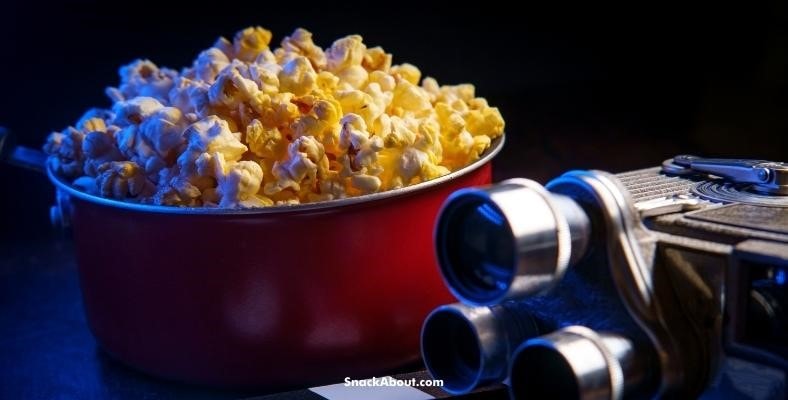 You can figure out the type of popcorn that you’re eating by observing its size and texture. Most movie theaters serve large, fluffy pieces of popcorn. Movie theater popcorn is also heavily flavored and needs a sturdy structure to support all the add-ons.

Thus, it’s safe to guess that most movie theaters are using yellow popcorn in their popcorn recipes.

Since movie theaters make super large batches of popcorn at once, they typically have large machines with multiple kettles that can pop all the kernels. Salt, oil, and other flavorings are added to the popcorn machine to be mixed in with the corn as it pops.

Aside from the professional-grade cookware that puts microwave popcorn to shame, the special flavoring is what makes movie theater popcorn so distinct and delicious.

The secret ingredient – what is Flavacol?

If you want your homemade popcorn to have an authentic movie theater flavor and appearance, you will need to purchase a specific type of flavoring, called Flavacol.

Flavacol is a specific salt seasoning blend that gives most movie theater popcorn that signature buttery and salty flavor. This fine seasoning is specifically designed to cling to popcorn and adds a buttery and salty flavor to the dish. Flavacol also gives popcorn that classic buttery yellow color that you’re so used to seeing at the movie theater.

Generally speaking, no. Some people are insistent that yellow popcorn is more flavorful and tastes more “corny,” but there isn’t any real evidence that the actual taste of popcorn changes based on color.

The change in an eating experience comes from the difference in size and texture. The larger yellow popcorn pieces may feel “corny” due to the textural sensation of the sturdier structure. 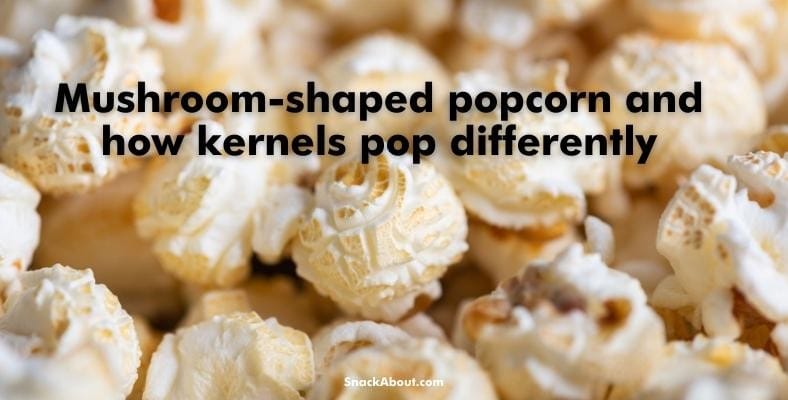 On the topic of texture, the shape of the popped kernels has an impact on your taste experience. Mushroom-shaped popcorn is rounded, with more “exploded” kernels. These come from kernels with thick hulls that are exposed to more moisture and steam.

Another common shape is snowflake popcorn. Snowflakes are irregular in shape, larger, and more tender than mushroom popcorn. Both yellow and white popcorn can produce these different types of shapes.

While mushroom popcorn is ideal for holding heavy toppings like chocolate or peanut butter, snowflake popcorn is more common in movie theaters, where a large size and fluffy texture is sought after.

◀ PREVIOUS: Where do popcorn kernels come from?
NEXT: How many kinds of popcorn are there? ▶